OK. It wasn't hard to predict Look Keo would also come up with a cheaper version of their two-side pedal powermeter. At a suggested retail price of 999,90 euro it is however priced at the high end of one-side pedal measurement powermeters. For that you do get Bluetooth instead of their WIND protocol.
The 'funny' thing is that you can buy the original two-side pedal powermeter (this time with Bluetooth) for 1699,90 euro and give the left (or right) pedal to your friend because it can be used independent of one another. So you'll be pedalling with the left pedal and your friend with the right. For 850 euro you are both be pedalling with power.
Also -like- Garmin, Look Keo added some new metrics with respect to pedalling dynamics. I will get back to those later in a more general post on these kinds of metrics. 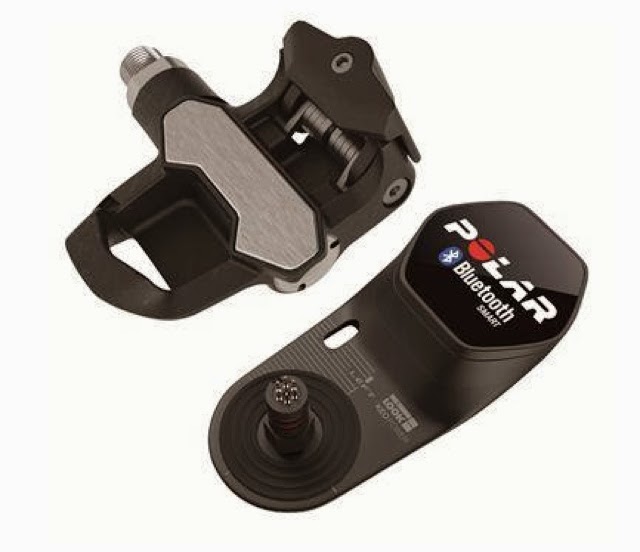 Garmin just announced it's new Vector, called Vector S. After Stages and Rotor they also try to reach more customers by lowering their pricepoint. US price is at 899 dollar which makes 675 euro (direct conversion). I have not seen the euro price yet, but won't be surprised that it will be 699 euro. (Addendum: I have seen the price will be 849 euro! from dollar to euro on an most 1-1 conversion.....) This puts them in the pricerange of most expensive Stages, but below Rotor LT (I have seen the price of that one at 995 euro).
Of course this "downgrade" from their existing Vector system (left and right measurement) does not come without cost on the powerdata side. Basically you'll have the same disadvantages Stages and Rotor LT. That is inaccurate total powerdata when there is an imbalance between left and right leg (for most of us) and that this imbalance changes overtime of your ride (and even overtime not specifically in a ride) and at different power outputs.
But then again. Lowering price barriers to attract new customers is the way to go for most powermeter manufacturers. As long as people know the limitations of those systems and accept those limitations. It gives a choice, a trade-off between price and data quality.
There will always be a market for more expensive powermeters. After more lower pricepoint entries upgrading those customers will be the next game.....
Whose next? Look/Polar to introduce their one-side pods.....what do you think? 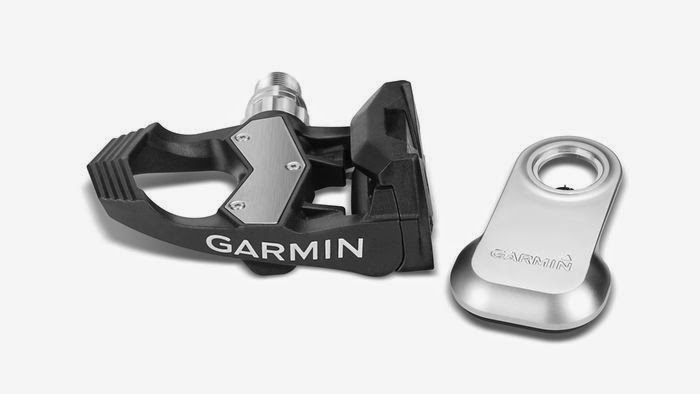 And then the rain comes

Another raceday today. This time it was on a track of a cycling club. They had a very nice course (of approx.. 2 km) next to the football fields with a few curves which you could take in a very high pace…except for the last curve before the finish.

My goals for the race were simple: attack, try to close gaps, be aggressive. And so I did. Basically I was very very active (as was later also mentioned on the website of the specific cycling federation). I could really feel that more focus on VO2max / anaerobic levels is starting to work. I recover quite quickly from a surge and my surges become stronger, harder. I also improved my best 10 seconds of PPO of last 3 months so in a sense my ‘’snap’’ to attack is improving as well without actually focusing on this effort. Very interested to see whether this could also be shown with the FRC (Functional Reserve Capacity) metric in WKO4+. 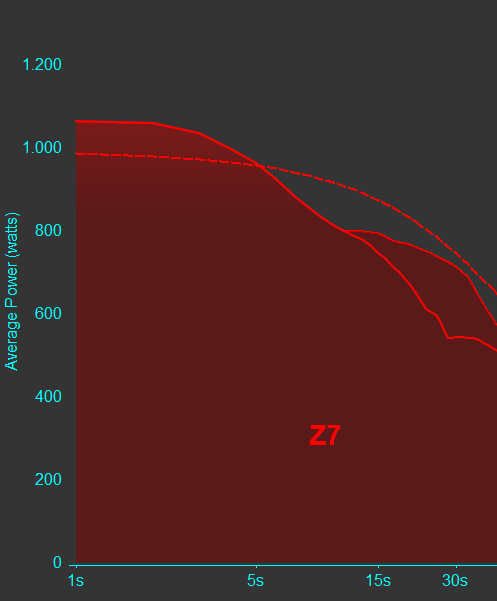 Unfortunately it was a very fast course so every attack (alone or with a group) ended up back in the peloton. This meant the peloton was going into the last lap. I already had in mind to really give it one last all-out attack to make sure to be first at the last curve before the finish so there wouldn’t be a lot of people able to pass me anymore (short sprint after the last curve). I had the legs to do it, but…..
Well, going in to the last lap heaven opened up. Since I am not taking any risks I took a shortcut to the finish line to give it a day. Some would declare me stupid, but to me cycling is my hobby and I have a normal job. Also my race material is not the least expensive and I feel no need to take risks. If I don’t fall someone else might fall. And yes, this can also happen when it’s dry, but if a bunch of riders do 'everything ' to pass the last corner first -also knowing that the road is soaking wet-, it is not my cup of tea.

IF is lower, because I adjusted my FTP upward based on a recent 35 minute training ride in which I averaged 315 watt without digging too deep. This week a serious effort if the weather is OK.

Last two weeks I have been doing some more short (anaerobic) interval work given the crits that are left. Up until now I haven't really done such efforts, but I have to say that I do like them and even after doing them a few times you do see results.
The intervals were 1 minute on, 1 minute off. 4 times within a set and 4 minutes rest in between. I do three of those sets and I build them in my 2h rides.

At first, I could barely hold on to the end of each minute at 400 watts average (around 135% FTP), but now I can hold them more easily at 430-450 (around 145%) watt average. Of course you can do variants of 30s on, 30 off etc but then at higher % of your FTP, but they need to go at least more than 120% of your FTP.
Why do I do them? To increase my anaerobic capacity. In this way it stimulates my lactate tolerance. You know that burning feeling in your legs.
Next step you could do then is to add some more time at FTP (or SST) right after finishing the 1 minute to mimick an attack and settling to "steady state".
Posted by Ruud_G at 2:11 PM No comments: 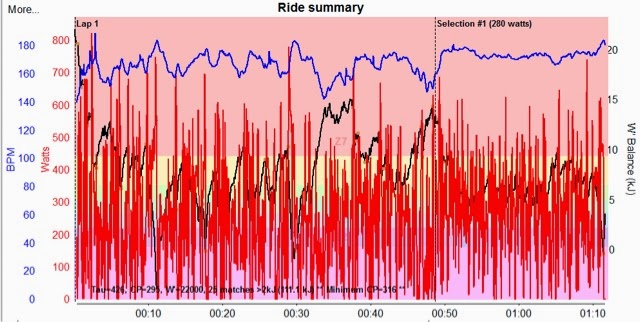 IF is 1 because I set my FTP at 300. Maybe slightly too low but that's OK. It certainly isn't at 320 or higher anymore.
Wrt to racing in my category you get a good idea of what it takes in terms of overall power. Most of them are between 290-300 watt NP and depending on the course between 250 and 280 AP for let's say one and half hour.
Posted by Ruud_G at 6:50 AM No comments:

On Monday I went to the yearly local crit race which is held once a year after the Tour the France. You know those post-Tour-de-France crits in which guys who rode the Tour de France do their thing for a few or more euro's and you can actually "touch" your Tour heroes.
Before the pros "race" you also have a race for elite riders without a contract. Some of them are however sponsored well (teams). Those guys also ride a high speed and it's still a very "nice" level to compete in. I normally don't see these kinds of races but I am quite amazed from what I have seen.
From the approximately 50-60 riders I think there were 6 riders with a powermeter: 2 SRMs, 2 Quarqs, 2 Power2max. And mind you the racing gear and equipment they rode are not the least expensive.
So here a list (not exhaustive / in a random order) of benefits from training and racing with a powermeter:
1) Accurate performance measurement: you measure output (watts) and not input (heart rate)
2) You can train at the right traininglevels (vo2max, threshold, etc.) and
3) train specifically for the demands of an event.
4) You can effectively monitor your progress: how about your improvement in x seconds, x minutes, x hours power output? and
5) plan towards peak performance using the concepts of ATL, CTL and TSB.
6) It will help define your strengths and weaknesses and
7) tell you how you generate your power (high/low cadence , high/low torque) and guidance to change.
8) Also it will help you to optimize your aerodynamics: by using certain methods (e.g Chung method) you can estimate benefits of aero equipment / position and
9) it can help you with defining your racing strategy and pacing strategy
10) It can be of help to "optimize" weight by converting joules (energy) to calories and guide for eating during a ride/race and
11) will help in training more effectively per minute spend on cycling (and no more "junk miles"). And last but not least
12) insight in performance can motivate, because you will definitely improve!!!!
Just leave it with the normal wheels, forget about those 1000 euro carbon ones: buy a powermeter!!! and spend some time to get used to the concepts, analyses and applications.
When you have no idea what to do with it or how to start ask the layman ;)
One last remark: 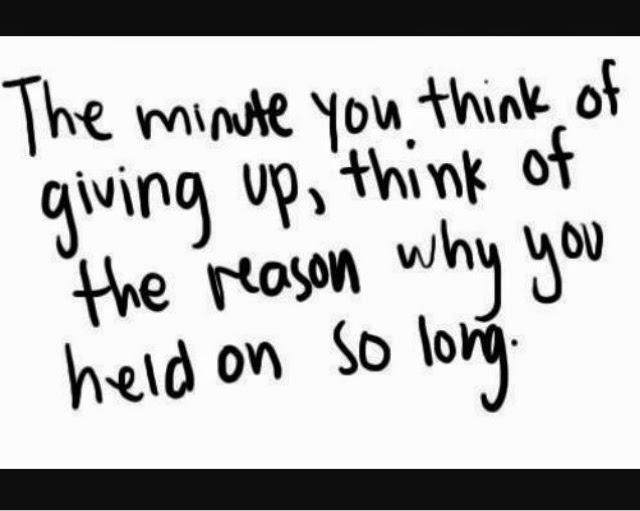